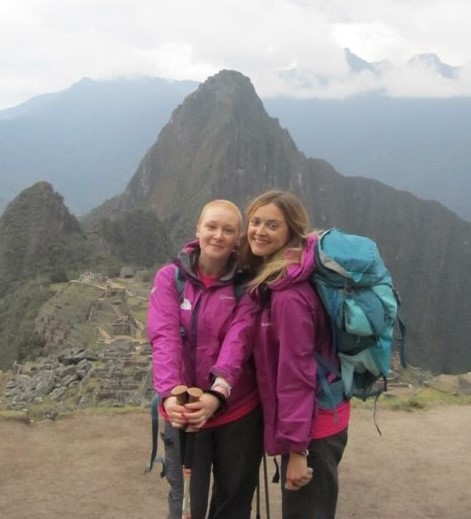 We are so proud of Jenny Ellis who has been nominated for a UK charity award by non other than Fearne Cotton, top DJ and TV presenter! They met while trekking in Peru and Jenny took the opportunity to convince Fearne to support the charity CoppaFeel. Jenny is very involved with this breast cancer charity and campaigns tirelessly all around the UK to raise awareness about breast health.

Fearne says: “I met Jenny on the Inca Trail and we spent a lot of time together. I loved her energy and positivity from the word go. She told me about the brilliant things CoppaFeel was doing. I’ve now been a patron of CoppaFeel for about eight years. None of it would have happened if it wasn’t for Jenny.”

The ‘Who Cares Wins’ awards were launched this year, as the NHS celebrates its 70th anniversary, to give healthcare workers and volunteers the recognition they deserve. The winners will be announced in September.

Well done Jenny, a very deserving nominee. We will all keep our fingers crossed!

Read more about the awards and Jenny’s nomination here.

Read about Coppafeel and the great work Jenny is helping with to raise awareness and the importance of checking for symptoms here.